CORPUS CHRISTI, TX – Fire Chief Robert Rocha recognized two veteran firefighters with two of the department’s highest honors. These recipients are nominated by field personnel and selected based on their commitment and service to the citizens of Corpus Christi.

Firefighter II EMS Daniel Sheppard was chosen as the 2017 Firefighter of the Year. Sheppard has served the City more than 32 years as a firefighter and paramedic. He is assigned to Fire Station #2 located on Leopard Street. Shepard is currently Commander of the Corpus Christi Fire Department Pipes and Drums Corp and represents the department at many local and regional events. His selfless commitment to his work best exemplifies the high standards of the Corpus Christi Fire Department.

Captain Elvin Bates was recognized as the 2017 Prevention Officer of the Year. Inspector Rogers has been with the department for 45 years. In 1981, he briefly left the department, but realized firefighting was his calling and rejoined the department in 1983. Captain Bates was a founding member of the Hazardous Materials Unit and was instrumental in the early development of the program. He joined the Fire Prevention Bureau in 2009, where his mission was to make sure every home in Corpus Christi was equipped with working smoke detectors. He spends many weekends installing the devices in homes without operational detectors. He is an outstanding asset to the department and serves the citizens of Corpus Christi with great pride.

These two firefighters have more than 77 years of dedication combined. 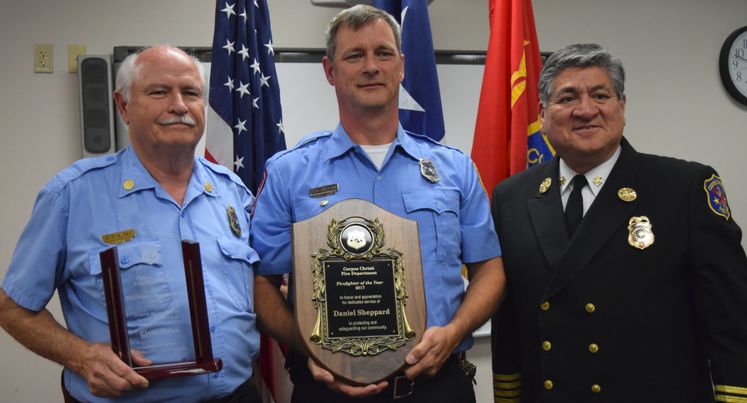