String Quartet Serenades Those Getting Vaccines at American Bank Center

Performing was the Viano String Quartet, usually based at the Colbern School in Los Angeles but currently doing an Ensemble-in-Residence for the 2020-2021 academic year at Southern Methodist University (SMU) in Dallas.

H-E-B provided the Corpus Christi Chamber Music Society with a grant for community outreach, and Bell called Dr. Peterson, thinking a concert for those receiving vaccinations at the joint City of Corpus Christi and Driscoll Children’s Hospital Vaccine Site at the American Bank Center would be a perfect match.

“Let’s do it,” Dr. Peterson told him, adding, “We would love to hear such lovely music at our vaccine clinic.”

Several people being vaccinated expressed their approval of the concert.

And for the group itself, the performance was something to remember.

“It’s special to perform in front of such an audience,” said violinist Lucy Wang, adding this was the first time they had performed at a COVID-19 vaccine site. 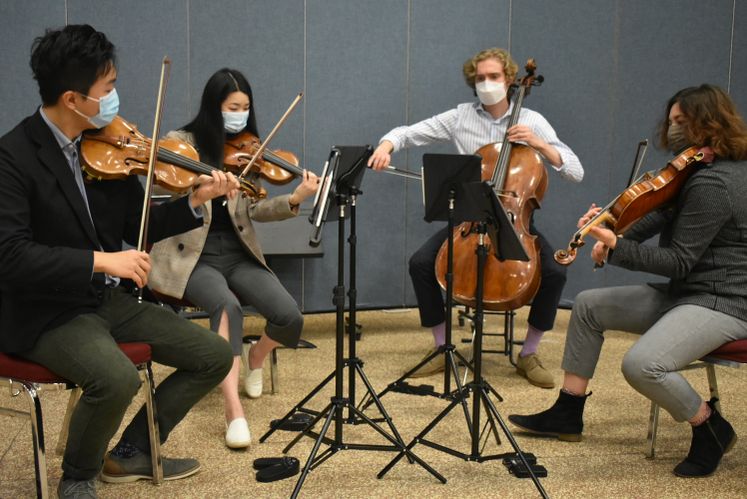