CORPUS CHRISTI, TX—Beginning on Friday, September 17, Reytec Construction Resources, Inc. will be implementing a traffic control switch as they begin Phase 5 of construction. This phase switches the work zone from the northwest corner of Ayers Street and South Staples Street to the Northeast corner of Ayers Street and South Alameda Street. There will be two more Phases (6 and 6A) after the completion of Phase 5.

During Phase 5 of the project, drivers and pedestrians should expect to see the following lane closures and traffic changes:

Safety is a top priority, so motorists are reminded to be aware of the work zone, follow the posted detour signs, or seek alternate routes to avoid delays. For the latest on the Six Points intersection project, please visit www.cctexas.com/sixpoints. 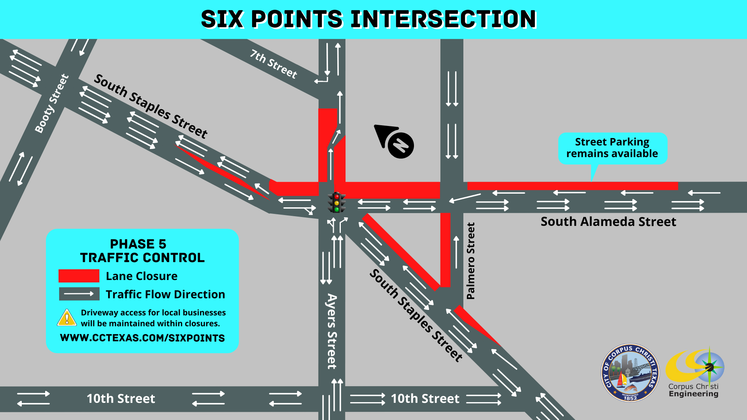