CORPUS CHRISTI, TX—Beginning on Monday, October 4, City contractors will be implementing a traffic control switch as they begin Phase 6 and 6A of construction at the Six Points Intersection. These are the last two phases of the project.

Safety is a top priority. Motorists are reminded to be aware of the work zone, follow the posted detour signs, and seek alternate routes to avoid delays. For the latest on the Six Points Intersection Project, please visit www.cctexas.com/sixpoints. 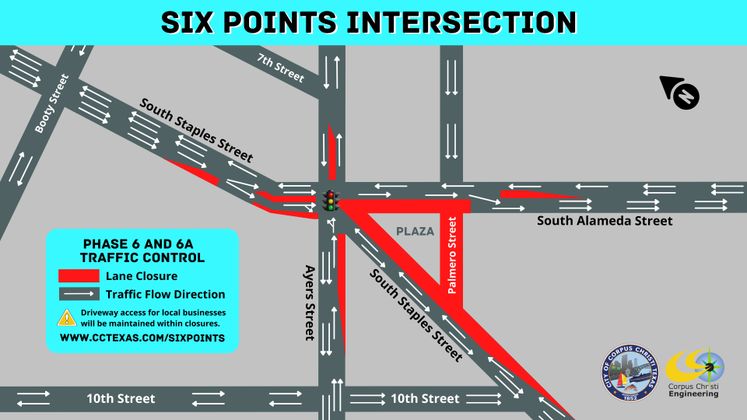