CORPUS CHRISTI, TX – An event will take place to commemorate the one-year anniversary of the declaration of a state of disaster in Texas and a public health emergency in Nueces County due to the coronavirus pandemic.

The city is requesting only one media representative from each outlet.

Media Vehicle Access: Traffic control measures will be in place at the fairgrounds due to the vaccination clinic taking place that day.

For more information, media representatives can contact Communications Director DeAnna McQueen at 361-826-2940 or by email at deannam@cctexas.com. 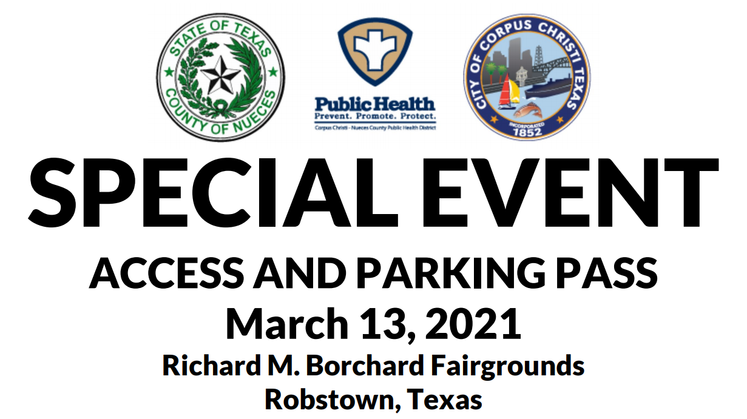 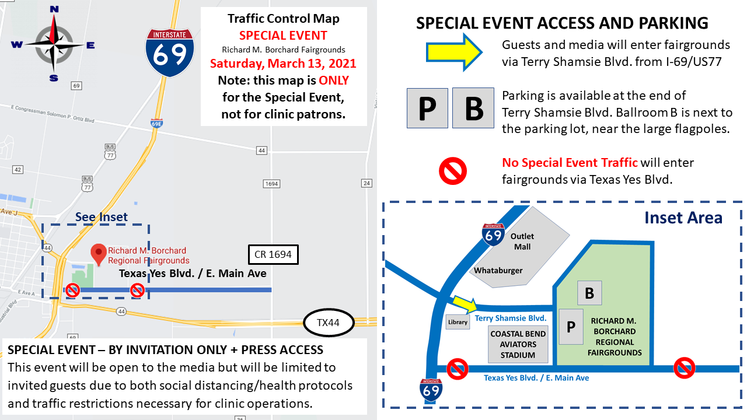