The flags of the State of Texas and the United States of America in the City of Corpus Christi may be lowered immediately to half-staff in honor of the life and public service of Corpus Christi police officer Alan McCollum who was killed in the line of duty. Other cities, counties and political subdivisions may also lower flags during the same time.

“The first lady and I extend our prayers of comfort to the McCollum family during this time of grief. I urge all Texans to remember and honor the public service of Officer McCollum to the United States as a highly decorated Army veteran and to the State of Texas as a brave and distinguished peace officer,” stated Governor Abbott.

The City of Corpus Christi will lower all municipal office flags effective immediately and asks our community partners to honor Officer McCollum with the lowering of flags as well during this time of grief. 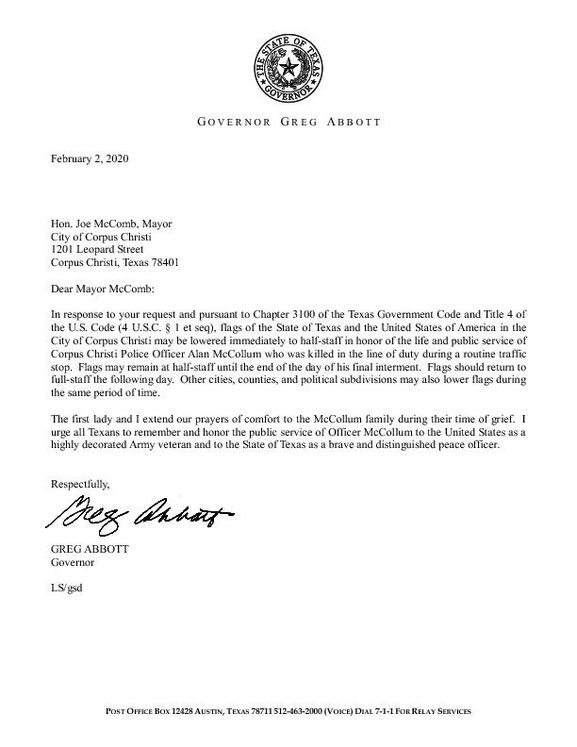