Judge Chapa is a 1990 graduate of St. Mary’s University School of Law. She was appointed as a part-time judge in 2015 to magistrate individuals and assisted in the courts. She has been serving full-time since 2017.

Before joining the City, Judge Chapa began her career working for both the Nueces County and District Attorneys’ offices, prosecuting misdemeanors and felonies. After her time with Nueces County, she worked with Bonilla and Chapa as an associate until she transitioned to a solo practitioner handling criminal and family matters.

With Judge Chapa moving into her new role, Judge David Walsh was appointed to serve as a full-time Municipal Court Judge.

Judge Walsh has been working with the Municipal Court as a part-time judge for seven years, where he was the magistrate for persons arrested by Corpus Christi Police Department. He will remain to assist the daytime courts by working with the walk-in docket, juvenile arraignments, general and ordinance pretrials, and presiding over bench and jury trials.

Judge Walsh is a 1992 graduate of South Texas College of Law. He is a civil and family law mediator and a certified arbitrator for the Better Business Bureau Auto Line program.

“I want to welcome Judge Chapa to her new role in the top judicial position in the City’s municipal court system and congratulate Judge Walsh as he steps into his position as a full-time Municipal Court Judge,” said Mayor Paulette Guajardo. “Judge Chapa and Judge Walsh are both seasoned attorneys with many years of experience working in the legal field. We trust that they will preserve, protect, and defend the Constitution and laws of the United States, State of Texas, and City of Corpus Christi.” 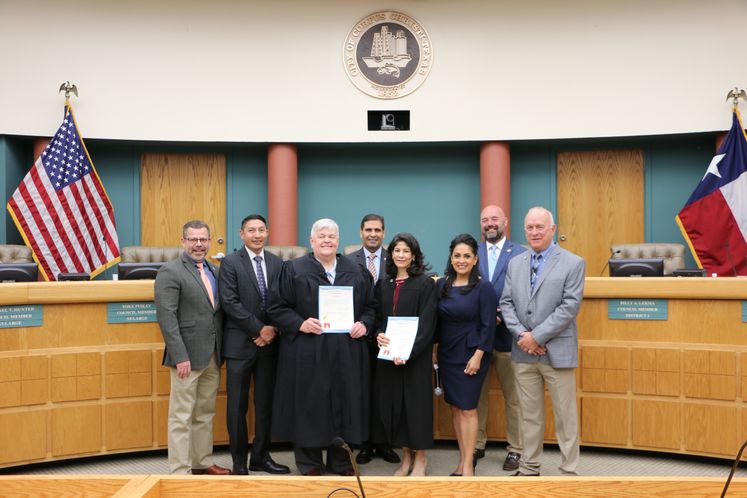