Corpus Christi City Secretary Rebecca Huerta confirmed during a news conference Mayor Dan McQueen posted a resignation statement on Facebook and subsequently submitted to her an email and a written resignation. According to Texas Election Code Section 201.023, “if an officers submits a resignation, whether to be effective immediately or at a future date, a vacancy occurs on the date the resignation is accepted by the appropriate authority or on the eighth day after the date of its receipt by the authority, whichever is earlier." 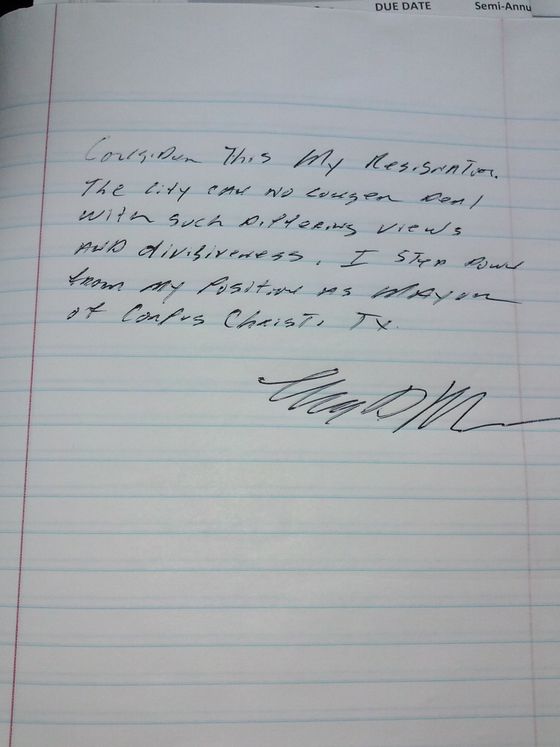